written and directed by
BRANDT ANDERSEN

Logline: A Syrian doctor attempts to escape her war-ravaged homeland with her young daughter.

Synopsis: As a pediatric surgeon in the Syrian city of Aleppo, Amira (Yasmine Al Massri) works daily to save children from death’s door — so much so that she has become neglectful of her own daughter, Rasha (Massa Daoud). When the war that has largely spared them finally strikes close to home, Amira and Rasha suddenly find themselves fleeing for their lives — forced into a dangerous journey during which they must heal their relationship and draw close even as they leave their homeland behind forever.

IN 2017, AFTER OFFICIALS AT THE AZRAQ REFUGEE CAMP in Jordan observed Syrian teenagers staging and shooting their own movies on cell phones, it was proposed that more formal filmmaking instruction might enable them to better express their stories — possibly reaching a global audience. When the idea resurfaced in conversations between the United Nations High Commission on Refugees (UNHCR) and producer and philanthropist Brandt Andersen (Lone Survivor, Everest), the first-ever Azraq Film School was born.

Several months later, in July, 2017, Andersen and his team — including actress Shay Mitchell (Pretty Little Liars), actor Jason Beghe (Chicago P.D.) and cinematographer Tobias Schliessler (Lone Survivor, Beauty and the Beast) — led a select group of Syrian teenagers through a crash course in filmic storytelling, mentoring them in the creation of four short films over the course of just a few days.

The idea of writing and directing a film about Syrian refugees had been on Andersen’s mind already for some time since spending time in Turkey and Greece with refugees who had either crossed the Aegean or were planning to cross. The Azraq experience, and the stories he heard and saw there, only cemented his determination to share the human side of the crisis with the outside world.

ANDERSEN’S SCRIPT FOR REFUGEE began production in June of 2019 courtesy of Radiant Studios. Several members of the original Azraq Film School — including Beghe and cinematographer Schliessler — returned to help make the film a reality. Also joining the cast was Yasmine Al Massri of television’s Quantico, French star Omar Sy of The Intouchables fame, and young newcomer Massa Daoud, who arrived in the United States in 2012 as a Syrian refugee herself. 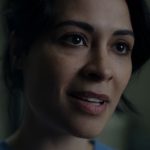 Yasmine Al Massri (Amira):
A graduate of the prestigious L’Ecole des Beaux Arts de Paris, Al Massri was born in Lebanon to a Palestinian father and an Egyptian mother. Her breakthrough debut in 2007’s Caramel, written and directed by Lebanese filmmaker Nadine Labaki, would emerge one of the favorite films of the Cannes Film Festival, eventually becoming the most successful Arabic-language film in history and winning Al Massri and her co- stars a joint best actress award at the Abu Dhabi International Film Festival. In 2010, Al Massri starred in Julian Schnabel’s internationally acclaimed Miral alongside Vanessa Redgrave, Hiam Abbas, Frieda Pinto and Willem Dafoe. More recently, she was a series regular on NBC’s Crossbones (opposite John Malkovich) and ABC’s Quantico. 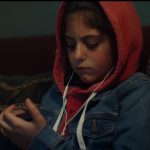 Born in Syria in 2009, Daoud and her family fled the Syrian War in 2012 and resettled in Los Angeles where she has continued to pursue her passion for acting and the arts. In addition to Refugee, she has starred in the shorts Maxime: Is this Love? (2019) and Amal (2018) in which she plays the title character. She is fluent in English and Arabic. 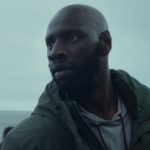 A French actor and comedian best known for his César Award-winning performance in the international hit The Intouchables (2011), Sy first rose to fame as a television sketch comic in partnership with fellow comedian Fredéric Testot. Noteworthy appearances in Hollywood tentpoles include Transformers: The Last Knight (2017), Jurassic World (2015) and X-Men: Days of Future Past (2014). In 2012 Sy was voted favorite personality in France. He is the son of West African emigrants. 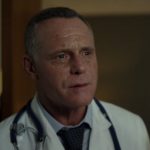 Brandt Andersen (Writer/Director/Producer): Andersen’s credits as a producer include such films as American Made (2017), Martin Scorsese’s Silence (2016), Garry Marshall’s Mother’s Day (2016), Everest (2015), Lone Survivor (2013) and Escape Plan (2013). As a philanthropist, Andersen has worked with refugees in the Middle East, Europe and the United States. While performing aid work in Haiti in the aftermath of the 2010 Hatian Earthquake, USA Today cited his Twitter account as one of the top ten accounts to follow for updates from the country. Refugee marks his writing/ directing debut.

Tobias Schliessler (Cinematographer): A frequent collaborator of directors Peter Berg and Bill Condon, Schliessler’s credits include such hits as Condon’s Beauty and the Beast (2017) and the Oscar-winning Dreamgirls (2006), as well as Berg’s Lone Survivor (2013), Hancock (2008) and Friday Night Lights (2004). A native of Germany, Schliessler’s award-winning commercial work has been on display in spots for such brands as Mercedes-Benz, BMW, Bank of American, Citibank, AT&T and Verizon.

Jared Shores (Producer): Shores is a producer and director with over 2 billion streams and 30 regional Emmy Awards. He has guided numerous award-winning series including Granite Flats, starring Christopher Lloyd and Parker Posey, AUDIO-FILES, featuring Imagine Dragons, and Studio C with its breakout star, Scott Sterling. He most recently directed the digital series Happy Hazel, set for release in 2020.